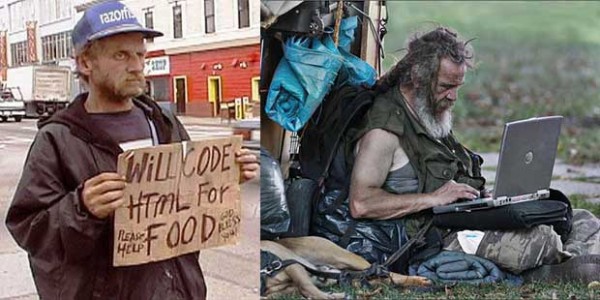 But before raising any of that sweet, sweet money they give out for free to people with good ideas we have to get some shit done! So – here’s my 2 cents about productivity.

Most of this is pretty obvious to everyone who has ever been in contact with a real job but hey, this is the startup world. Fuck the suits – I’m making my own destiny! That is, if I only knew how to use a calendar.

Weapons of productivity are often weapons of choice – everyone has their own ways sorted out, but since I’m getting the feeling I already know how to work, I’d like to kick off some discussion.

Email
I tend to blush every time I’m raising this topic (since it’s pretty basic) but I try to make every team I work with answer all the e-mails withing one day. Half of the world still relies on their inbox regarding the information on what they should be working on right now. And if you’re the guy with 9576 unanswered e-mails, then most probably you are what’s causing the global warming.

Integrated tightly with the first point is keeping my unread e-mails at 0. I’ve let myself loose lately, though – the number is 20 as I’m writing this.

Calendar
I tend to use Google Calendar these days.

For us it became the obvious choice when we needed a calendar the whole team could edit – at that point Google Calendar was the most easiest to implement.

Implementation time is a big thing since after exhausting the attention span of your rockstars, ninjas and other alpha-players on agreeing on what the company is doing, you might find it hard to have the bandwith to fight about what calendar to use.

Instant messaging
We went to the garage48 hub for a day with the team and someone greeted us by telling us to work neatly the whole day and not go to Facebook.

It would be good idea up to some point, but the Community Manager, for example, is obliged to spend her day over there (she actually asked me if it’s OK if she left Facebook for today – and it’s just 4 o’clock!) and we also use the Facebook chat for internal communication (since the bizdev stopped using Skype some time ago already). Again, it’s the implementation argument. Important sidenote, though – I keep only www.facebook.com/messages open since the main wall is pretty disruptive for attention.

Pretty please to the NSA not to steal any of our awesome ideas!

Task list – Asana
Since a part of my job is to keep a lot of small details in mind and rearrange them according to today’s need, I use Asana a lot.

We got the whole 451.ee team (developer, designer, product manager and two project leads) to use Asana and in a short time it worked out to be great as the center of everything that is going on in the organization. I have no long term experiences in using Asana in big teams, so here’s where experiened Asana users can jump in.

Code repository – Github
Github is a code repository. It’s pretty awesome – I even think it’s a perfect example of a perfect startup solving a real world problem and being awesome at the same time.

Going through the valley of death our github subscription was one of the very few money-costing things that we kept, although there are free alternatives like Bitbucket available.

We also keep our tech wiki over there.

If what you do is open source, then github is the de facto standard.

As an example of the awesomeness, Estonia pushed it’s e-voting system there and Germany has all of its laws there as well.

Sales Management & CRM – Pipedrive
I’ve sold books door-to-door in the USA for Southwestern Company, which explains my theory that I know at least the basics of sales management. So – I made a great Excel sheet about all the approached customers. It worked out well for me until the shit went multiplayer (there were other/new people also approaching people). Long story short, we randomly hit the same customers 3 times in the first week. Start using Pipedrive now!

Disclaimer: For years I used to work in the same company with the Pipedrive founders.

Time management – Toggl / Pomodoro Technique
Toggl is a time-tracking tool and it’s exactly as easy you’d think a great time-tracking tool is (vice versa to the usual situation when you like the idea of something better than the thing itself).

The other time-tracking tool I frequently enjoy is the Pomodoro Technique – the idea is to spread your workday into 25-minute cycles with 5-minute pauses between them and a 15-minute break after every 4th cycle. This tecnique is da bomb – it’s the thing that helps even the laziest asses start working. I especially like it in the lazy mornings or just when I show up with a hangover.

Organizing files:
Once while conversing with a pretty smart mentor we found out that it’s one of the unsolved hassles – how to organise files in your own computer. Here’s what I’ve ended up doing – I have a folder for every existing (and not yet existing) position in the company. So far this has proven to be THE method that helps to make sure that every file has a place (and can be also later logically found from there) and the folders don’t get bloated with random files.

Here’s one from us – our daily metrix flows together into one big Excel spreadsheet.

Since the metrix change quite frequently as the startup evolves, right now Excel is the by far the easiest one to make changes in. I’ll come back to metrix in some later blogpost.

Here’s how some of what we measure looks like. It’s the second week of operations for the Community Manager of Meie Tallinn

#Bonus idea
Recruit someone from the opposite sex to your team – it will get productivity up for sure. (It might not be the obvious choice in a tech company!)

# Bonus idea 2
Work out every day. The more energy you give, the more you get.

#Bonus idea 3
Do not open the Quora Weekly Digest in office.